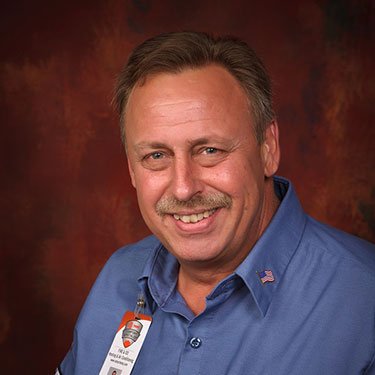 If you’re looking into replacing your current cooling system, chances are SEER ratings have come up a few times.

You may know that a SEER rating refers to a central air conditioner or heat pump’s efficiency. But you may not know what that means for your cooling needs.

An inefficient cooling system can drive up your energy bill or may not adequately cool your home. SEER ratings can help identify options that meet your needs.

A higher SEER rating isn’t everything. But a cooling system that’s more efficient than your current system can certainly help.

A SEER, or Seasonal Energy Efficiency Ratio, rating scores the efficiency of a central air conditioner or heat pump.

To calculate SEER ratings, manufacturers divide a system’s cooling output during a typical cooling season by the energy it used. The higher the rating, the more efficient the system can be.

Cooling systems can fall into three categories based on SEER:

The U.S. Department of Energy (DOE) requires modern cooling systems to be at least 13 SEER, but your state may have increased requirements.

And the DOE is raising those standards: Beginning Jan. 1, 2023, the minimum rating for residential air conditioning systems will increase to 14 SEER in northern states and 15 SEER in southern states.

What’s the Difference Between SEER And EER?

To calculate an EER rating, manufacturers divide a system's cooling output by its power input. Like SEER, the higher the EER rating, the more efficient the system can be.

EER ratings are more constant because they don’t factor in a range of seasonal temperatures like SEER ratings do.

Of the two, SEER ratings are used more frequently to score efficiency.

A “good” SEER rating depends on you and your home. For example, to someone in a large home in a warm, humid climate, 20 SEER might be “good,” and any other rating could be less ideal.

I can’t put a specific number on your satisfaction with your home’s comfort, environmental impact, and utility bills. Only you can do that – and your HVAC partner should be able to help.

Fortunately, there are a lot of options that can meet a variety of budgets and comfort goals.

Air conditioners and heat pumps can reach ratings as high as 26 SEER and above depending on the brand and model. But the system with the highest SEER rating may not be the best system for you and your home.

Though we typically recommend systems with a SEER rating of at least 15-16 SEER, the best system for you depends on your needs and goals.

All air conditioners and heat pumps cool your home to a set temperature regardless of their SEER rating. But higher-SEER systems can get the job done more efficiently, which can save you money.

If your current air conditioner or heat pump is below 13 SEER, you could see even more savings.

I’ve seen 20- to 35-year-old air conditioners that were likely 6 SEER when they were installed. By the time we replaced them, they had deteriorated and were even less efficient.

Homeowners who replace old systems will see drastic savings, even if they go with a 13-SEER system.

Heat pumps have both SEER and Heating Seasonal Performance Factor, or HSPF, ratings because they both heat and cool.

Related: SEER, AFUE and HSPF Ratings in HVAC: Why They Matter

Efficiency is even more important for heat pumps since they run during both heating and cooling seasons. And since heat pumps use electricity, one of the more expensive energy sources, a less efficient system can cost you more money.

Ductless mini-splits are typically used in spaces, such as attics or garages, without adequate ductwork for central air conditioners and heat pumps.

Contractors may also use ductless mini-splits in structures like guest homes, where it may not be cost-effective to install a full-size HVAC system.

Related: Ductless Mini-Splits 101: What They Do & How You Benefit

A proper installation is an important factor in your system’s efficiency. If improperly installed, a system that’s rated 20 SEER will not operate at 20-SEER efficiency.

Though contractors typically recommend that homeowners replace heat pumps and air handlers at the same time, a new air conditioner must also match your existing equipment if you aren’t replacing your furnace.

An air conditioner relies on equipment located in your furnace to cool your home efficiently. If the blower motor in your old furnace doesn’t match your new air conditioner, you won’t get the efficiency you paid for.

Related: Full System vs. Half System for Your HVAC Equipment

A SEER rating doesn’t guarantee that an air conditioner or heat pump will always operate on its SEER level. For example, a 20-SEER rating means that the system can operate up to 20 SEER.

What Are the Benefits of a Higher SEER Rating?

While SEER ratings won’t be the only factor in your decision, let’s discuss some of the benefits that come with higher-efficiency systems.

Mid- and high-efficiency systems typically offer two-stage and variable-speed cooling, respectively, which can increase your comfort.

Entry-level equipment like 13-SEER air conditioners and heat pumps only have one setting – 100% capacity, which means that your system can only be 100% on or 100% off. This is called single-stage cooling.

Single-stage systems can struggle to cool homes with multiple stories due to their decreased runtimes.

Single-stage systems are also the noisiest of the modern options, which some homeowners may find annoying.

With two-stage cooling, the system has two settings: 100% capacity and a lower setting that’s typically around 70% capacity.

This second, lower setting allows two-stage systems to better maintain the temperature in your home, which results in fewer temperature spikes.

Variable-speed systems can have up to 700 distinct settings, generally between 30% and 100% capacity.

This range allows variable-speed systems to adjust their output to precisely maintain your home’s temperature.

Variable-speed systems are typically 20 SEER or higher, which can make them the most efficient.

Two-stage and variable-speed systems also decrease your home’s humidity levels more than single-speed. The longer an air conditioning system runs, the more humidity it pulls out of the air.

A system that runs longer also distributes air better, which helps if your home is more than one story.

With some systems, you can save on more than your energy bill. High-efficiency systems can also offer opportunities for you to save money through rebates and tax credits.

These offers will vary by state, region and year, but your HVAC partner should be able to tell you what incentives are available.

How to Choose the Best SEER Rating for You

Cooling systems with high SEER ratings won’t be the best systems for every home or homeowner. Not only will more efficient systems have a higher initial cost than entry-level equipment, but a 1,100-square-foot home and a 7,000-square-foot home, for example, will have different cooling solutions.

In fact, it’s often not as cost-effective for the average homeowner to buy a system with the highest SEER rating. You’ll notice a decrease in energy costs when you replace your old system with any modern system.

While your budget will ultimately help you make a final decision, here are a few other questions to consider when you’re looking at replacing your air conditioner or heat pump:

1.      What are your goals for a new air conditioning system? If you’re comfortable with your current energy costs and want to keep your initial costs down, you probably don’t need an air conditioner or heat pump with the highest SEER rating. But if your goal is to decrease your energy costs or decrease your impact on the environment, a system with a higher SEER rating can help with that.

2.      How long do you run your air conditioner in the warmer months? If you only turn the air on and only turn it off during colder weather, you could benefit from the increased savings a higher-efficiency cooling system can offer. If you try to use your air conditioner as little as possible, you won’t see the same savings.

3.      Are you replacing your furnace too? If not, it’s important to make sure that your existing equipment matches your new air conditioning system. (Typically, it’s best to replace your heat pump and air handler at the same time.) No matter your air conditioner’s SEER rating, if your equipment doesn’t match, you’re not going to get the efficiency you paid for.

5.      How many stories is your home? If your home is more than one story, you may want to consider a mid- to high-efficiency cooling system. But there are other options too, like ductless mini-split systems.

6.      How much space do you have available for a new cooling system? The more efficient an air conditioner or heat pump is, the larger the indoor and outdoor units are.

If you’re ready to take the next step toward a more efficient air conditioning system and you live in the greater Columbus area, we’d love to sit down with you! Enter your zip code below to see if you’re within our service range. 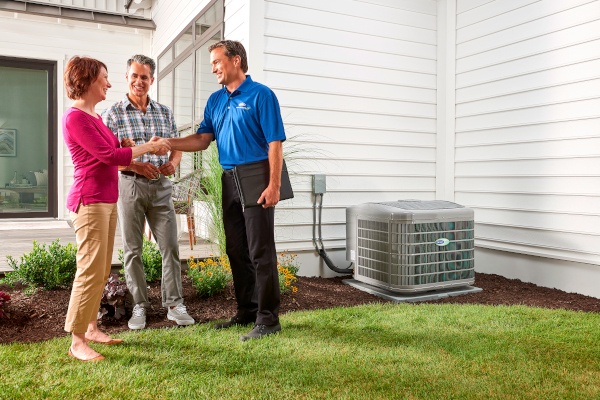